Assessment of blended teaching for the academic year 2022/2021

The Faculties of the University
Technology 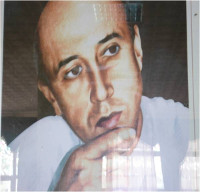 Professor Djillali Liabes born January 1, 1948 in Sidi Bel Abbes, a northern cities -West of Algeria. Being the youngest of a family that consists of three girls and three boys, coming from very humble beginnings and practitioner, he forged are the intellectual charisma through Koranic practice and daily hadith but through meditation and thorough reading of written by his father "Kaddour Liabes" manuscript was jeweler profession.

During the long period of colonization, Djillali Liabes lost two brothers as martyrs, which caused a great revolt and rebellion from the age of 17 years .These tragic events, it makes him a very rebellious teenager to the point want to leave the school has a very early time, but despite this he found strength and determination continued his studies and finally he got his tray stating that allowed him to integrate the upper school teachers or he studied philosophy and learned a lot about fitness.

In 1971, he joined the research center and the planning (AARDES) where he oversaw for 10 years of a larger project developed by the academy called "the public sector in Algeria." At the same time it is invested in his doctoral thesis under the name of '' private capital and industry in Algeria from 1962 to 1982 '' at the University Aix-Marseille (France) 's.

Back in Algeria, he taught social sciences in Arabic languages, making a lot of effort to master it.

During his career as a university researcher, he published his doctoral thesis status in 1988 under the title "Institutions and organizers of bourgeois industry in Algeria: Elements of the sociology of the company" remains to This is a reference for those who interested.

In 1990 he was appointed Director of the Research Centre of Applied Economics Development (cread) and Minister for Universities in 1991, a very difficult period and he was forced despite political events and murderers that have shaken the country to continue his coaching future university graduate students.

Two years later, he was nominated a third time as Director of the National Institute for Strategic Studies (INS .EG) and overseeing a large project that had for the future vision of Algeria, to limit the possibilities of the country while providing new infrastructure that will save Algeria from the neck and move forward to ensure the vital and varied demands of future generations well beyond what we reported over the oil wealth, under the management of the crisis caused by external influences on what is purely internal, and stressed the handicaps in the perception of this study by experts systematic obstacle, but he has succeeded by his experience in monitoring focal points in the study of modernity, intelligence, the re-positioning of the external forces, and national sovereignty.

Exemplary husband and father, he was brutally murdered 16 MARS 1993 near his residence in Algiers, leaving behind a collapsed family and a country that mourns his loss to this day.